We recently released the 2018 Temkin Experience Ratings (TxR) that ranks the customer experience of 318 companies across 20 industries based on a survey of 10,000 U.S. consumers. TxR is based on consumers evaluating their experiences across three dimensions: success, effort, and emotion.

Congratulations to Southwest Airlines for earning the highest customer experience score in the airline industry.

Overall, the airlines industry averaged a 66% rating in the 2018 Temkin Experience Ratings and tied for 12th place out of 20 industries. The average rating of the industry is unchanged from 2017.

Alaska Airlines’ customer experience score improved the most over the previous year, gaining six percentage-points. Spirit Airlines’ score, on the other hand, declined the most, dropping five points. 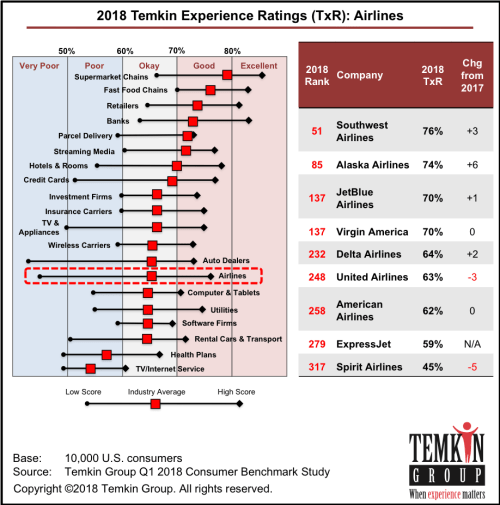 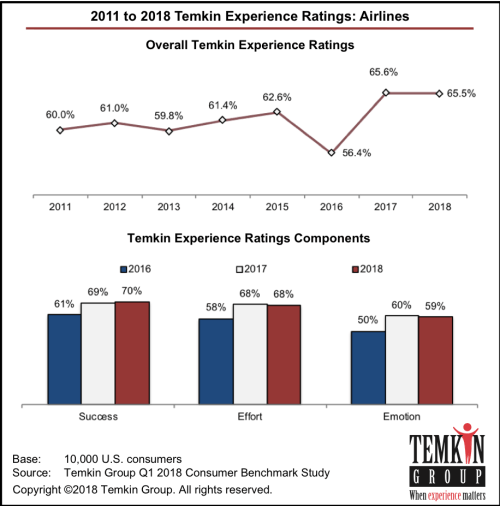